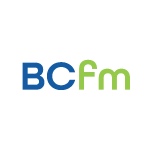 Bristol Decides – How will we run the city?

What’s the referendum all about?

You’ve had a polling card in the post, but what difference will your vote really make?

Bristol will go to the polls on Thursday 5 May to decide whether to keep our city mayoral system, or move to a committee-based system where key decisions are made by multiple groups of councillors, rather than a single elected leader.

This vote will decide who makes key decisions in the city, and how. It’s about who has power and influence, how decision makers collaborate, and what political system is best for tackling big issues in the city such as transport and social care. Who will represent Bristol at a national level? How will we make sure councillors have a meaningful voice in city hall when no party has an outright majority?

BCfm Radio with Eastside Community Trust, the Bristol Cable and Bristol Ideas created a space for people to come together, ask questions about how the referendum result will impact our lives in the city, and debate the wider issues at stake.

Back to full schedule