The 3rd annual Bristol Diversity Awards ceremony has been announced for Saturday 18th May to be held once again at the Mercure Holland House Hotel in Bristol.

Last year’s sold out event was hailed as a real testament to Bristol’s commitment to all strands of diversity with an array of local people being honoured and categories being expanded for 2019.  UWE Bristol have joined the event this year as main sponsors which according the event organiser and CEO of E-Com Media is “an exciting development” Pat Hart said “We’ve been greatly impressed by the work that UWE’s Equity programme did last year and their real commitment in terms of practical solutions to the very complex issues caused by a lack of understanding around diversity & inclusion. In collaboration  with UWE Bristol we will release a joint statement on how our partnership will work to benefit Bristol within the next few weeks”

The 2019 ceremony will give out around 35 awards covering all aspects of diversity and will even include politicians, media and business. Members of the public can nominate online through the website www.bristoldiversityawards.co.uk . Eligibility is easy, nominees just need to work or live in the Bristol (BS) postcode area and they must be seen to benefit Bristol’s communities.

We are also pleased and excited to have Bristol 24/7, The Bristol Cable & Bristol Live (The Post) on board as media partners as well this year, in an effort to expand the reach of the awards into as many communities as possible.

With the event happening in May 2019 there’s still time to get involved by nominating businesses, organisations or individuals who champion various areas of diversity from age, faith, religion, disability, gender or sexuality. Nominations were due to close at midnight on 28th February with shortlisted nominees announced shortly afterwards, however following representations from some sports and disability groups in the city the organisers have extended the nomination deadline in order for a wider selection of nominations to come in from those just hearing about the initiative. So far there have been hundreds of nominations already recieved via the website.

Tables for dinner are available by visiting www.bristoldiversityawards.co.uk where there are also opportunities for local business and organisations to get involved and support or sponsor particular awards.

Editors Notes: The first Bristol Diversity Awards were launched as part of BCfm Radio’s 10th anniversary celebrations in March 2017 and have subsequently been organised and staged independently by ethical PR & broadcast organisation E-Com Media. There is no cost to nominations which will be shortlisted to a maximum of 3 per category and then decided via a special independent diversity panel who will be named at the event. Though there will be a cost to attend the celebration event , ALL shortlisted nominees will be offered a complimentary place with dinner included.

We all need Positive Role Models, they inspire us to achieve our goals and work hard to gain success. A Role model can be a community leader, colleague, family member, friend, sports coach/mentor, teacher, or a neighbour.

The Organisation Awards recognise any non-profit group or organisation who have made an outstanding contribution to Bristol in the field of equality and diversity.

The Business Award recognise any small or large business who have made an outstanding contribution to Bristol in the field of equality and diversity.

Wherever we go and whatever we do, our opinions (and prejudices) on so many issues are based largely on what see & hear on TV, radio and online. The Diverse Broadcaster Award is to reward individuals or organisations in TV & Radio (including online broadcasters) who strive to give a balance in their coverage of news, issues and current affairs across all diversity categories.

The Diverse Publication Award is to reward individuals or organisations who strive to give a balance in their coverage of news, issues and current affairs across all diversity categories in both physical print and online.

Our young people are inspired by us but all inspire their peers in a way that is often more powerful than we can imagine. This next award seeks to recognise a young person under 18 who appears to have grasped the importance of equality and diversity within their work at school, college, team or other organisation that they may be active.

Education is at the core of Diversity & Inclusion for both our young people and adults. The Diversity in Education award is open to schools, academies and other educational establishments who show real leadership in promoting and owning the diversity agenda. Nominations should include an example of how the nominee does this.

The Sporting Diversity Awards recognise any sporting group or organisation who have made an outstanding contribution to Bristol in the field of equality, diversity & Inclusion.

The Sporting Diversity Award for Age

The Sporting Diversity Award for Disability

The Sporting Diversity Award for Gender

The Sporting Diversity Award for LGBT+

The Sporting Diversity Award for Race/Ethnicity

The Sporting Diversity Award for Faith/Religion

Volunteers are the lifeblood of our city. Across all areas of diversity we see dedicated individuals working tirelessly for no financial reward just trying to improve the opportunities and situations of others. Our Volunteer Award is intended to recognise those that have tried to include equality and diversity in their volunteer work.

We trust those in power, especially those that we vote for! So this next award is for elected officials who go above and beyond to ensure that inclusion & diversity are a major part of their civic work. Councillors, the elected mayor, MP’s, Metro Mayor, Police & Crime Commissioner are all elected by us and anyone who serves in whole or in part the Greater Bristol area are eligible.

The following awards will be made by the organisers/sponsors recipients may be publicly announced earlier via a press release. 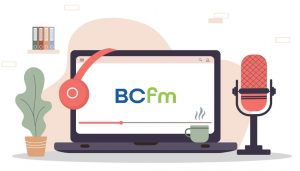 Get Into Radio And Podcasts At BCfm Open Day