During a live broadcast this week from Bristol Beacon, community radio stations in Bristol and South Gloucestershire will start to broadcast on DAB Digital Radio.

This is a landmark moment, making it easier for more local people to find and listen to their community radio stations.

Also going digital will be Somer Valley Radio (Midsomer Norton), KTCR (Keynsham), Base Radio (Filwood) and Hub Radio, the student radio station of the University of the West of England (UWE).

Two local radio stations based in Stokes Croft will also start to broadcast digitally; NOODS Radio, with an eclectic mix of radio from around the world, and Decadance playing dance and electronic music, both reflecting the vibrant and energetic music scene in the area.

As well as community and local radio stations, there will be more new radio stations for people to listen to, including Angel Vintage, Fun Kids Naps, Radio Maria England, and Tomorrowland.

Bristol and Severnside Digital Radio were founded as community interest companies to apply for and run digital radio services for community radio stations in Bristol and South Gloucestershire.

They have been awarded licences by Ofcom and have worked with local organisations to create a digital radio network which covers over 530,000 people.

The surplus from operating the network provides a new source of funding for community-based media.

All of the stations will now have much wider and more consistent coverage than they currently have on FM, and will be listed on digital radio alongside other national and regional radio stations.

As listening to FM radio continues to decline in favour of digital, making the move to digital radio is important so that listeners can continue to find their local and community stations.

Nick Piggott, Project Manager – “I’m incredibly proud of the way our community radio stations have worked together to get onto digital radio, and in a way that will benefit them both in terms of increased access to their listeners, but also by providing ongoing financial benefit. It’s a great outcome.”

Bristol and Severnside Digital Radio are the first in a series of areas in the West Country that will follow a similar path in migrating community radio to digital.

In the next 18 months, stations in Bath and North East Somerset, Taunton, Swindon and Marlborough, West Wiltshire and South Gloucestershire will also go digital, as part of Ofcom’s “Small Scale DAB” licensing programme. 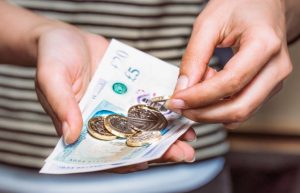 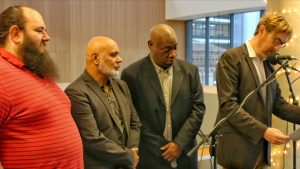 BCfm promotes community cohesion and well-being by providing an engaging and challenging audio experience. We use a mix of talk and music shows to inform, educate and entertain.